Cleaning operations become more difficult as the environment expands, especially when it comes to floor washing. This may be the first idea to design a modern industrial floor scrubber. Looking at the history of floor scrubber machine, we find that the first automatic floor washing machine was designed in the middle of the twentieth century with the aim of achieving more accurate cleaning operation, especially in large centers. Today, with the use of this industrial cleaning device, it is possible to clean with minimal energy and in the shortest time, without using traditional method. Due to the ability to dry the surfaces at the same time as washing, it is possible to walk safely in an area that passes almost immediately after cleaning, it can be seen how much industrial floor washing machine has made everything easier. Only a brief look at the history of floor scrubber machine reveals a significant improvement in the design and appearance of the device.

Like any other machine, cleaning equipment has undergone many changes throughout history. The main purpose of applying all the changes is to simplify the washing operation maintain the washing quality. Dimensions and size, internal components, brushes, design and body material, etc. have all changed in the history of the scrubber machine. In the following, we will examine some of the most important of these developments.

Early floor scrubbers were heavy and slow, but in the late 1950s the first high-speed, variable-speed machines were introduced. At this time, brushes could spin at 175 to 350 rpm. Increasing the speed of the scrubber brush caused the brushes to wear out quickly due to friction, and as a result, sand brushes and synthetic fiber cleaning pads appeared in the 1970s. A review of the history of the scrubber dryer shows that the professionals were aware of the efficiency and effectiveness of the use of floor washing machines by 1970, and manufacturers made significant advances in the technology of manufacturing and designing automatic scrubbers. In the 1970s, the rotational speed of industrial brine brushes increased to 750 to 1000 rpm.

– being user friendly has always been a principle

By the early 1980s, electronic speed controls were added to the device. More ergonomic features were introduced in the 1990s, such as electronic brush lifting and integrated controls to reduce operator fatigue and improve comfort and safety, and the history of ride-on floor scrubber began in the 1990s.

In the 2000s, the Machine Scrubber found more environmentally friendly structure. Consumption of less water and chemicals and use of noise reduction technology was introduced in this decade that entered the history of the scrubber. Previous machines even allowed water to flow out of the machine when it was turned off, which meant wasting water indiscriminately. In the 2000s, more machines began using water flow control technology so that water could only be sprayed if the device was turned on.

Today’s trends are even more stable equipment, such as the ability to change the mode from the economic mode in which the minimum amount of water and detergent is used to other modes of increasing the power according to the type and amount of pollution. We also know that if we use the parts of the machine optimally, the cost of purchasing it will be reduced. By examining the history of the scrubber machine, we found that this has not been considered by designers and manufacturers in the past. Also, other innovations such as tracking the location of the device, detecting and using performance data, optimizing the size, increasing maneuverability, etc. are all of the most important things that are highly regarded in the construction of the device today. 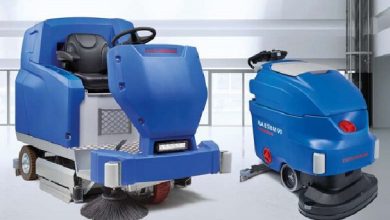 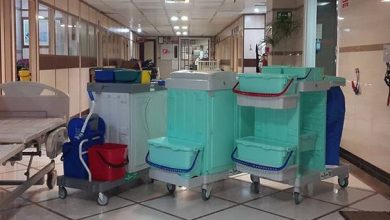 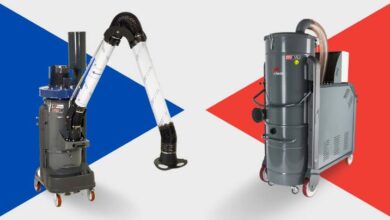 Cleaning with a dust collector or industrial vacuum cleaner? 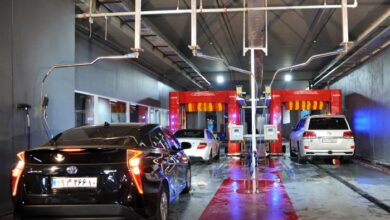 Tips to consider before buying a car wash