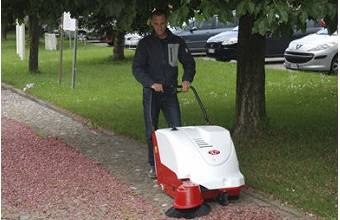 Walk behind industrial sweepers with the use of rotating beside broom or brooms, sweep all of debris and contaminants in the middle of the machine and then collected contaminants are transferred in to the sweeper’s hopper by rotation of the cylindrical or roller central broom. Finally, with an only pass of the walk behind industrial sweeper, we would have clean surfaces. For ease of movement, most of the walk behind sweepers use driving motors, and the other ones move by the operator’s push. The walk behind sweepers are equipped with driving force, use the suction system to collect the cloud of dust, which is separated due to the besides brooms’ rotation. 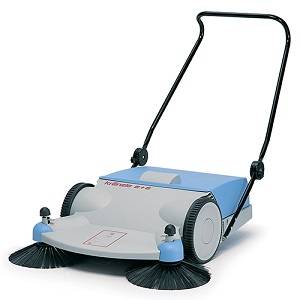 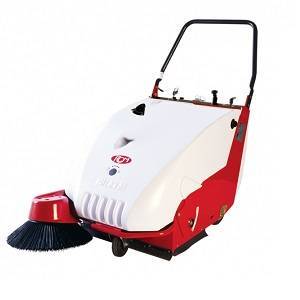 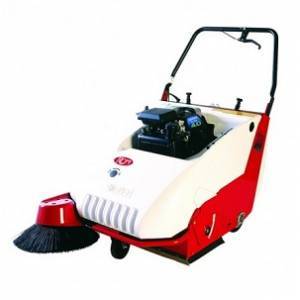 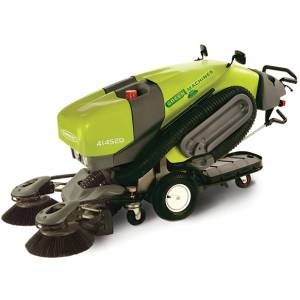 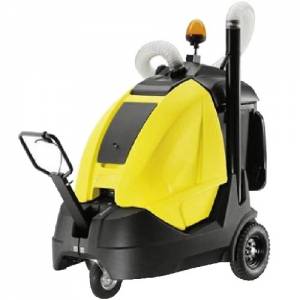 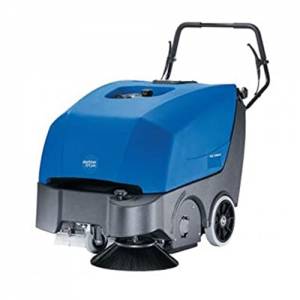